Over at the New Energy Times site, the author has written a whitepaper called “Power Generation Via LENRs.”  The author opines, “LENRs are neither fusion nor fission but instead provide a third potential pathway to nuclear energy.”
It may be downloaded here. 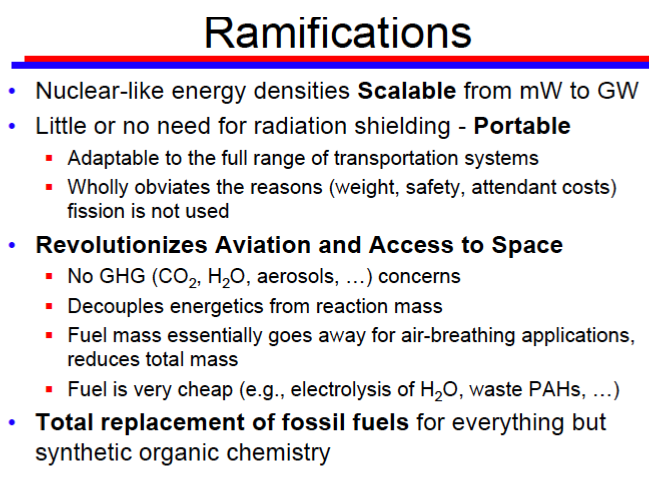