We’ve post a few articles on Randell Mills and Brilliant Light Power, formerly Black Light Power and the hydrino theory.  If their reported progress is real, Mills and BLP may indeed be the most promising alternative energy to watch.
LENR may be tangental to Mills’ research or perhaps the LENR effect is being confused with the waste heat produced by Mills’ hydrino formation theory.  The basic theory is that through a chemical reaction, a hydrogen atom can be altered to a different state where the electron drops into a lower energy state and the resulting excess binding energy is released as light and x-rays which can be harvested through photovoltaic cells.

Dr. Randy Mills has renamed Black Light Power to Brilliant Light Power. Mills recently hosted a public demonstration of its SunCell technology in New Jersey. Brilliant’s power source is based on Mills’ Hydrino theory producing a purported high-energy black body light which can be used to power photovoltaic cells. Mills says he hopes to have cells testing in early 2017 and commercial production in late 2017. It must be noted, like many other LENR and alternative energy startups, Mills has in the past made many other pronouncements for commercialization which have not materialized. 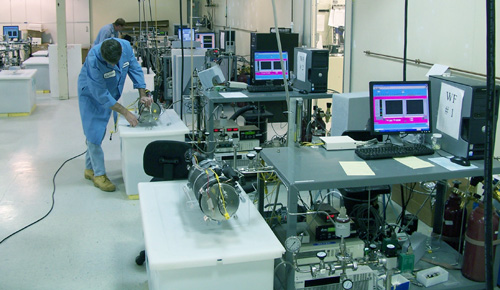