We’ve written several articles on Brillouin Energy and its founder, Robert Godes.  Based in Berkley, California, this company continues to make great progress with very little fanfare. Robert Godes has the industry’s most credible LENR theory, Dr. McKubre of SRI has stated Brillouin is the closest organization to commercializing an LENR product, and Godes has engineered an ingenious nickel-based wet and dry boiler system that drives the underlying physics of LENR.

“Robert {Godes} can hold his own again the top physicists in the industry, as well as chemical engineers and nuclear engineers, and he can blow them all away.” – Robert “Bob” George
The Godes-Brillouin Theory is based on a controlled electron capture reaction.  Hydrogen is loaded into a nickel matrix where an electronic pulse (Q-pulse) is passed through the system, resulting in a compressed lattice within the constrained system.  Mass is created and a proton is converted to a neutron, causing a tremendous loss of energy in the system.  Godes describes this process as a “nuclear freezer.”  Protium is converted to deuterium, deuterium is converted to tritium and tritium is converted to quatrium, resulting in a net energy out as the quatrium rapidly beta decays and Helium-4 and heat is released into the system.
Key to the Brillouin system is the use of proprietary electronics and controls designed by Robert Godes, an inventive electrical engineer.  Interestingly, a patent was recently issued to Brillouin Energy Corporation and published on January 7, 2014 for a high-speed gate switching system.  Referred to as a Gate Hyperdrive system, it reportedly improves the efficiency of any conventional electronically controlled electric motor, inverter or other power conditioning equipment by about 25%.

Techniques for overcoming many of the speed limitations of switching a gated device while protecting the device from damage provide a dynamic driving voltage to the gate of the device being switched. This dynamic voltage provides a way to overcome the complex impedances between the drive point and the actual gate allowing faster switching speeds. This dynamic driving voltage is provided by starting with a fixed amount of charge at a higher initial potential. The fixed charge and voltage are chosen so as not to exceed the device’s specified maximum gate current or the device’s maximum voltage between the gate and the source (punch-through voltage).

Brillouin expects to develop a system that can return 10 watts of thermal energy for every 1 watt of input electrical energy.  If successful, this technology could be tremendously disruptive in the fossil fuels energy industry. 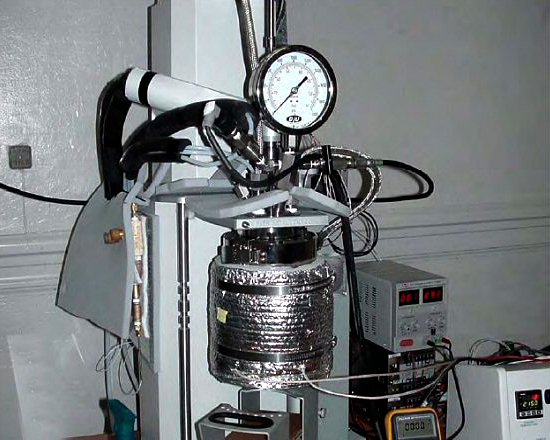 As being reported, the European Patent Office has issued a patent for the Francesco Piantelli’s nickel-hydrogen reaction.
Francesco Piantelli, Professor of biophysics, University of Siena (retired), has been working on Low Energy Nuclear Reactions (LENR) or Cold Fusion processes using Nickel and Hydrogen since 1989 and has collaborated with Sergio Focardi since 1990.
A full text of the patent may be found on Daniele Passerini’s site.

Toyota has been funding LENR research since 1990 when it gave haven to Fleischmann and Pons at its IMRA lab in Nice, France.  The Japanese government has reportedly spent hundreds of millions in Cold Fusion research and has granted over 100 LENR/CF patents.
Toyota is apparently active again as the newly subscription only New Energy Times is reporting.  Toyota has apparently hired the Electric Power Research Institute a think tank in Palo Alto, California, to conduct an analysis on LENR.
The prior post and the video below detail a little of Japan’s history with LENR.

News of Dr. George Miley’s, Professor Emeritus of the University of Illinois Urbana-Champagne UIUC, U.S. Patent was reported several days ago, but the news is just starting to reach dedicated LENR followers.
Dr. Miley may have cleverly slipped one past the USPTO which has notoriously denied all previous LENR and Cold Fusion applications.  Less is more, might be the key as Miley’s application does not directly reference transmutation, low energy nuclear reactions or quantum fusion, but simply details “nuclear reaction processes.”
Dr. Miley has been experimenting with unique forms of cold fusion cells, designing electrolytic systems that use thin layers of metal as electrodes.  More on Miley and his work can be found here.